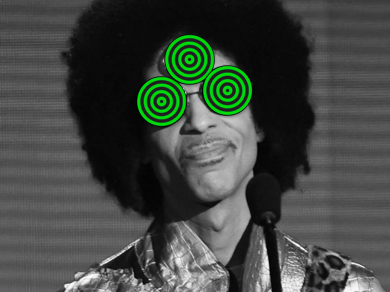 New HIV diagnoses remain at historic highs in Ireland and current strategies are not making progress against the epidemic. ACT UP Dublin calls for measures to increase HIV testing rates, for funding of effective support services for people living with HIV, and for implementation of a large-scale, accessible national PrEP programme.

Ireland is stuck in a pattern of high rates of HIV diagnosis, severe problems with late diagnosis, and overall lack of funding for HIV prevention and sexual health sevices. Ireland is neglecting its HIV crisis.

The HPSC—the HSE agency that keeps an eye on communicable diseases in Ireland—released its ‘HIV in Ireland, 2017’ report on Friday afternoon. This year’s annual report has been re-designed, improving the presentation of some key data, but the picture it paints is all too familiar.

This year’s report for the first time provides an estimate for the number of people living with HIV in Ireland: 7,205. Of these it is estimated that about 13% do not know their status. (About 85% of people who have been diagnosed are currently attending HIV care.)

Although internationally transgender women are heavily affected by HIV and are considered a key population by UNAIDS, it was not until this year that the HPSC began to collect information about HIV and transgender people. No information is included about trans people in the 2017 report.

We want to highlight several specific areas of concern:

Late diagnosis of HIV remains a serious problem in Ireland. In 2017, 55% of people diagnosed for the first time (not previously diagnosed outside of Ireland) were recorded as presenting late and 32% had advanced HIV disease. People who are diagnosed late have substantially higher rates of serious health problems, because the virus has had more time to damage their immune systems. As noted in the report: “late diagnosis is associated with a ten-fold increased risk of short-term mortality (within a year of diagnosis).” (p.19)

HIV treatment is highly effective at controlling the virus and is available for free in Ireland. Someone diagnosed soon after contracting HIV, with access to care and treatment, can expect to remain healthy and live a normal life span. As an added benefit, effective treatment also prevents transmission to sexual partners.

Yet people in Ireland continue to be diagnosed with HIV only after they are experiencing serious health impacts. The report notes that “among the HIV notifications in 2017, three deaths were reported at the time of HIV diagnosis,” and that “there were 11 deaths reported to the CSO in 2017 where the cause of death was AIDS or HIV”. (p. 16)

Sexual health services remain woefully underfunded across the board. While it is important, as the report notes, to increase awareness about the benefits of HIV testing, that awareness must be accompanied by substantial improvements in the accessibility of testing and treatment for HIV and other STIs.

The report indentifies a need “to expand the groups for whom community based rapid testing for HIV is available” (p. 19). The authors of a separate paper on HIV testing among gay and bisexual men in Ireland, also published this week, note that the KnowNow programme—which offers rapid HIV testing in LGBT community settings—“has been successful in reaching people who have not previously tested for HIV”. KnowNow is an exemplary community-based testing programme, and similar programmes should be developed to reach other groups, including especially migrants.

Government should properly support and monitor HIV home self-testing, as well as the implementation of STI self-sampling kits in clinical and home settings. Self-testing can substantially expand access, but it must be properly supported with connections to counselling and care, and it should be provided free of charge.

The report notes that “it is essential to focus on early engagement in care and immediate continuation or initiation of antiretroviral therapy (ART) both for direct clinical benefit and to prevent onward transmission.” (p. 19)

To help people living with HIV connect with care and stay there, robust supports addressing the challenges of living with HIV need to be in place. We need better communication between clinics, and more effective measures to sustain care and engagement with services. Proper sexual health services should be provided along with HIV care.

Crucially, services and interventions that mitigate the harms of pervasive stigma, including high rates of depression and anxiety among people living with HIV, need to be designed and implemented.

The Government has promised a PrEP programme for Ireland in 2019. To be effective, it is critical that this programme be truly, widely accessible.

The report notes that “the Minister for Health has stated that he is committed to rolling out a PrEP programme in 2019.” Such a programme needs to be accessible at an appropriate scale — reaching thousands — to have real impact. Existing testing and support services cannot meet current demand, much less support the additional demands the PrEP programme will create. Significant investment in sexual health services across the country is needed now, so that PrEP roll out can be effective in the near future.